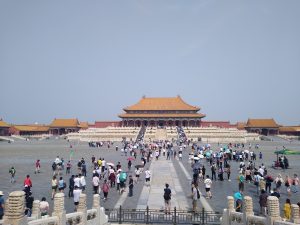 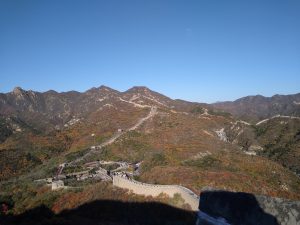 A big highlight of this year has undoubtedly been the chances to go traveling. From modern, international shanghai to Luoyang with its rich history, from Yunnan which has been blessed by nature to Hangzhou which has been made so famous due to its West Lake, I have been to lots of unforgettable places. The place that has left the deepest impression on me is world famous Zhangjiajie. After seeing the film Avatar which is filmed in Zhangjiajie, I decided I wanted to see in person this unique scenery. In my opinion, Zhangjiajie seems heavenly and otherworldly. 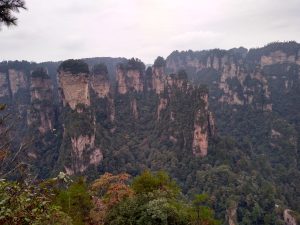 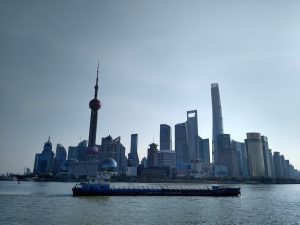 The main goal for this year has been to improve my Chinese. I believe I have realized this goal and made some marked progress. Reading a Chinese novel a year ago felt like really hard work. Now I’m in the habit of doing it to relax. My favorite Chinese work of literature is San Mao’s “Stories from the Sahara”. In this novel, the author tells some stories from when she lived in the Sahara. She describes local habits and customs and opens the reader’s eyes to North African life and culture. At the moment I am focusing my efforts on writing. What I find trickiest is not so much writing in correct Chinese but rather in writing more natural, elegant sentences that are closer to those of a native speaker. I’ve been practicing this every day. Chinese has a saying that studying is like rowing upstream and that if you are not making progress then you are going backwards. It’s a bit similar to practise makes perfect.

Another highlight of this year has been making lots of Chinese friends. After arriving in China, I did my best to immerse myself in Chinese culture and spend lots of time with native speakers. By doing this, I could practise my Chinese and learn more about local culture. It really is killing two birds with one stone. I don’t think you can seek out close friends but rather you meet them by chance. As such, I am very lucky to have made quite a few good friends.

Overall, this year has been full of all sorts of amazing experiences. I hope that in the future I will have more opportunities to live in China as this has definitely been the most unforgettable year of my life so far.