This summer I did a 2 month translation internship at the fashion broadcaster Paris Modes Tv. It had always been a dream of mine to move to Paris so as soon as I saw the Paris Modes internship advert I knew that I wanted to spend my summer working in Paris. After going through the application process and receiving the long-awaited confirmation email, the only worry I had was about how I was going to fund my time living in Paris. My internship was unpaid and living expenses are notoriously high in Paris so,

I am very grateful to the John Speak Trust for supporting me during my time abroad.

Living in France over the summer has given me some unforgettable memories. One of which has got to be France winning the world cup 2018 and having the opportunity to celebrate down the Champs-Élysées alongside the other French fans, which was a once in a lifetime experience!

Aside from the social events, I enjoyed being a translator for the Paris Modes TV team. It was an incredible opportunity to work for a fashion broadcaster and I learned a lot from it. I had a very varied role in the team and so I not only got to improve my translation skills, but I also gained some new skills too. I did the voice over for the English content videos and even got the chance to do some fashion journalism myself! 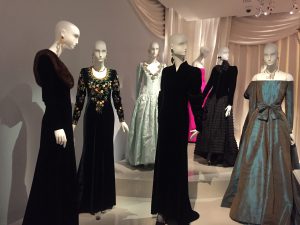 To other linguists considering spending some time abroad my advice would be, just go for it! Moving abroad can be daunting, you’re in a new place, with new people and a new job not to mention the fact that everything is not in your native language but if you try you’ll learn so much more than just a language, you’ll learn about a culture and even about yourself! 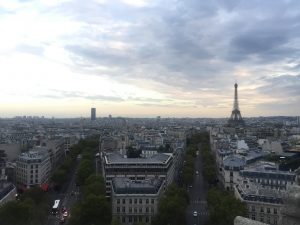