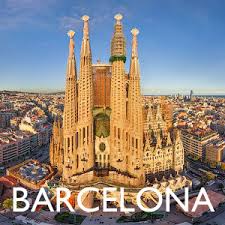 As I chose to study French, Spanish and EU Studies (MA Hons) at the University of Edinburgh, I was aware that this would involve a year working or studying abroad in 2014-2015. The idea of working had always appealed to me, as ideally I wanted the opportunity to use my languages in a professional working environment.

From June to November 2014, I spent six months working as the Social Policy and Public Health assistant for Commission 2 of the Assembly of European Regions (AER) in Strasbourg, France. Working as part of an international team, my duties included translation, event management, speech writing, building and managing websites, contacting MEPs/ speakers and managing social media. I also conducted research which contributed towards consultations for the European Commission. In this post, I learnt how to prioritise different tasks and successfully worked on a number of high-profile projects simultaneously.

I cannot emphasise enough just how educational and enjoyable this experience was, and I was delighted to be awarded a lot of responsibility in this post.

Leaving Strasbourg, AER and a group of wonderful friends and colleagues was absolutely heart-breaking, but I knew that I still had an exciting time in Spain to look forward to!

I was fortunate to gain a post in the centre of Barcelona from January to April 2015, working for a wine and spirits merchant called ‘Decantalo’, focusing on marketing, communication and translation. This involved communication with English-speaking clients, fulfilling orders, responding to queries and providing detailed advice on a wide number of wines, champagnes and spirits. Moreover, I was fortunate to further my marketing and translation skills through working on the website and the blog, including writing a number of articles. I also became confident using ERP systems and obviously my confidence and Spanish language skills improved immensely.

I am now commencing my last 2 weeks in Barcelona and simply cannot believe how quickly the past year has gone. 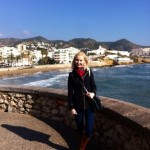 I have now been away for a staggering 41 weeks, although it seems like yesterday that I was boarding the plane to Strasbourg, terrified at the prospect of a new language, a new country, a new city and a new job!

Over the past year, I have made friends from around the globe, had a wealth of enriching experiences and developed as an individual, both on a professional and a personal level. I know that the skills gained over the past year will remain with me for the rest of my life.

Thank you to the John Speak trust for their invaluable support during my time in Barcelona.

Without their help, this opportunity simply would not have been possible and I am incredibly grateful to them for allowing me to achieve my goals.

I am a currently a third-year student at the University of Edinburgh, studying a triple-honours degree in French, Spanish and European Union Studies (MA Hons). I am particularly interested in the fields of European affairs and am currently working in marketing, translation and exports for a wine company in Barcelona, Spain. I thrive both individually and in a team environment; my present team of colleagues come from around the globe, which has allowed me great insight into other cultures and has been a hugely enjoyable experience for me. With regards to hobbies I enjoy exploring other cultures, reading, baking, singing and playing the piano.