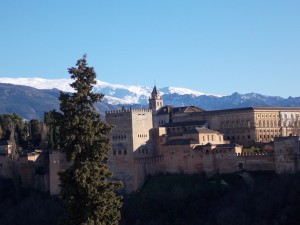 My advice to anybody considering a bursary to travel abroad would be to grab the opportunity while you can!

After having finished my degree in French and Spanish with Interpreting at the University of Sheffield, I knew where I wanted my career to go. Since the age of 16 I have wanted to be a conference interpreter. I took the entrance exams for the University of Geneva, and I was accepted. The only problem was that Geneva is not the cheapest city in the world, to use a good old British understatement.

The money I received from the John Speak Trust enabled me not only to survive through my Master’s but also to grab as many experiences as I could firmly by the horns.

Conference Interpreting is a career path which requires deep cultural understanding of the countries whose languages you study. Geneva being a French speaking city, the francophone side was already covered, but the money from the John Speak Trust also allowed me to travel to the south of Spain for two weeks during my Christmas holidays and to travel around Switzerland, both French and German speaking during Easter.

As it currently stands, I have just passed my second semester and am gearing up to face my third and final semester here in Geneva. This bursary has enabled me to discover a city that I love, and one which I hope will be my home for a few years to come.

My experience in Geneva has confirmed me as a citizen of the world, as Geneva serves as a cross roads for many languages, cultures and ideas thanks to its International Organisations, including the UN, which I have been lucky enough to work in as a volunteer over the past few weeks. I had already experienced life in a French speaking country through my Erasmus in Bordeaux, but Geneva offers a different, unique perspective, being a town that is French speaking only in name; I regularly hear French, English, Spanish, Russian, Arabic, Chinese and goodness knows how many other languages that I do not even recognise, and that is just on the tram!

My advice to anybody considering a bursary to travel abroad would be to grab the opportunity while you can! It is a unique experience, and one which is not always easy, but it provides you with excellent skills for the jobs market, and more importantly broadens your personal horizons and opens doors that you never knew existed.

The most important thing to do is to go native so to speak. 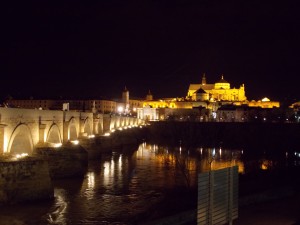