“Thanks to the language skills I gained following my scholarship and my time in France, I was involved in the export trade for many years throughout my career”.

At my school it had been compulsory for ‘A stream’ students to study French and Latin.  Ideally, I would have preferred to study French and German but this was only available at ‘B stream’ level.  I do, however, now speak basic German and Italian after studying both languages later in life at night school and on my travels.

After leaving school, I began working for a local Wool Merchants.

To enhance my employment opportunities, in 1949 at the ripe old age of eighteen, I applied for and was lucky enough to receive a John Speak Scholarship (I had to wait until I was eighteen before I could apply as stipulated in the Terms and Conditions).  My family were very supportive of my decision to travel and study French abroad in order to further my career opportunities.  My journey began with a train journey to London, train to Dover, ferry to Calais, train to Paris, train to Toulouse and finally a Michelin rail bus to Mazamet in Tarn, France.

I spent six wonderful months in Tarn, France living in ‘digs’ with full board.  I was lucky to have my own room with a wash basis but no hot running water.  The room was very basic with no television, radio or telephone.  The toilet was located at the very end of the garden!  Although the amenities were very basic to say the least, I loved it, I really did!

As well as studying the language I worked full time (unpaid) to help improve my French.

In 1949 there had been restrictions in place which only allowed those leaving the United Kingdom with a maximum amount of £25 in their pocket.  The Scholarship (approximately £30 per month) provided enough income to pay for my ‘digs’ and food but during my stay the Government devalued the Pound Sterling to the French Franc meaning my monthly allowance was reduced to £25 per month!

Thanks to the language skills I gained following my scholarship and my time in France, I was involved in the export trade for many years throughout my career.  French proved to be an essential language for negotiating with Countries such as Algeria in my work.  My French also came into its’ own many years later when spending time holidaying in France with my wife and family.  Very useful when booking caravan sites and negotiating a fair price!

I will always be grateful to the John Speak Trust for the Scholarship I received all those years ago.  My career would have definitely taken a different path had it not been for the opportunities it provided.

I am very pleased that the Trust continues to live on after all this time.  The Scholarships have assisted many language students such as myself pursue a career in helping the export trade of the United Kingdom and may it continue to do so for many more years to come!

Tarn is a department in the Midi-Pyrenees region in the southwest of France, named after the Tarn River.  It was formed in 1790 of the three dioceses of Albi, Castres and Lavaur, belonging to the province of Languedoc 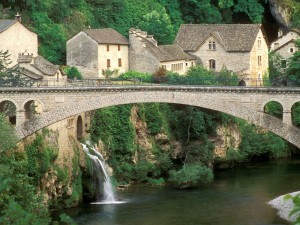