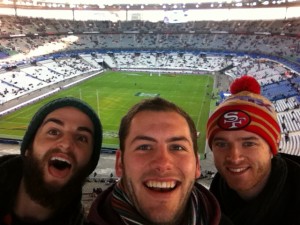 I am a student of French, Spanish qnd international business at Sheffiled Hallam University.   I have spent my year abroad in Noisy-le-Grand, just outside of Paris. Whilst in France, I worked for a holiday comparison website which allowed me to develop my French and Spanish skills in a professional environment. The placement also helped me identify the areas of business which interest me.   As I was working for a small company I was able to witness how it was run as well as seeing how my contributions affected income and views.

Whilst living and working in France, I was fortunate to find a local rugby club which allowed me to meet many people from all over the country as well as hearing slang and very familiar French which I don’t encounter at work (or university!!). 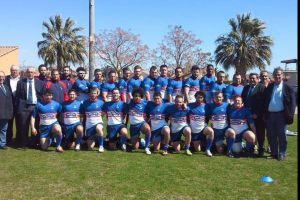 I discovered that spending as much time with locals as possible really helped develop my language skills.  When I arrived I found it difficult to understand many people due to their accents and because they spoke so quickly, but now I find it easier to understand most people- however I still struggle with the southern French accents! 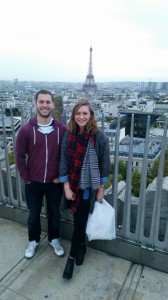 Over the past year I have had many unforgettable experiences, I’ve learned many things and I’ve made life-long friends.  I have really enjoyed this past year and would recommend undertaking a placement abroad to anybody.

Finally, I would like to thank the John Speak Trust for their support during my time abroad.  The Trust has given me the opportunity to really embrace and make the most of my time in France, an experience that I’ll never forget.