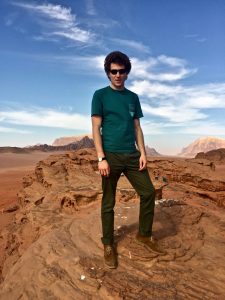 I had studied Arabic as an extracurricular course, during my undergraduate degree at Oxford University. These weekly classes had given me a good grounding in Arabic grammar but I knew my spoken Arabic needed some work.

The support of The John Speak Trust enabled me to devote three months to improving my Arabic, through an intensive course in Jordan.

I had previously lived in Cairo and so I was interested in living in another Arab country. The reputation of the Qasid Institute in Amman attracted me to Jordan and that reputation was quickly confirmed once I had arrived. The tutors took no prisoners and I was straight into daily classes of three hours, entirely in Arabic. I had to brush up quickly on my knowledge of grammatical terms in Arabic!

The scholarship from the John Speak Trust also enabled me to sign up for an additional evening course focusing on the Jordanian dialect. Sentences in regional dialects can have a different structure, and even different words, to a sentence with the same meaning in Modern Standard Arabic. Modern Standard is the language of newspapers, official documents and professional work but dialects are the language of everyday life. My morning classes focused on Modern Standard, developing my knowledge of complex grammatical 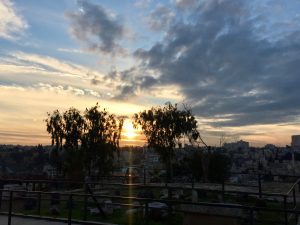 structures and my ability to read, write and speak about academic, political and professional topics. Meanwhile this additional evening course introduced me to the Jordanian dialect. I may have been able to have a conversation in Modern Standard about the history of Arabic newspapers but at last I was learning how to direct a taxi driver to turn left, or how to buy a kettle!

The most satisfying aspect of my time in Jordan was the development of my Arabic. I was surprised at how quickly my confidence and knowledge improved. Studying Arabic in an immersive environment provided limitless opportunities to practise whilst enjoying memorable experiences. Floating in the Dead Sea, visiting a Roman city almost entirely still standing, wandering around desert palaces and castles from the Crusades, camping out in the desert, and of course marvelling at Petra, made famous by Indiana Jones, were all fantastic experiences. 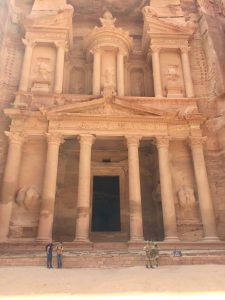 The John Speak Trust gave me the opportunity to improve my Arabic considerably and I am grateful to the Trust for their support.