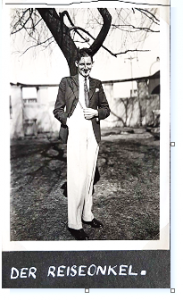 In February 1934, at the ripe old age of 19, I left the UK to begin a German language scholarship in Leipzig, Germany.   My Scholarship was awarded by the John Speak Language to study German from February to October.

My journey began by boat from the UK to Bremerhaven

During my stay in Germany, I lived with the family Hübner in Leipzig. 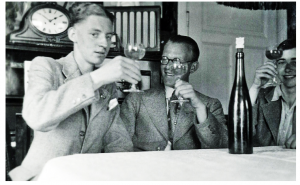 In additional to my German studies, I undertook voluntary work at the Leipzig Wollkämmerei  then the second largest and oldest wool combing site in Germany. 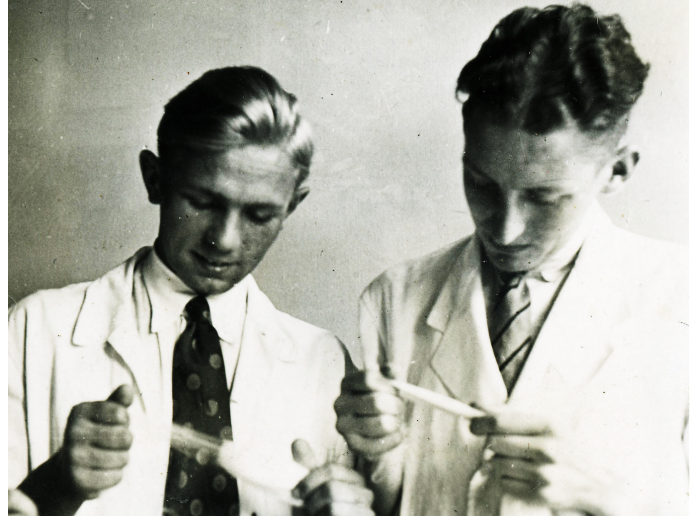 I pursued a career as an Interrogation Officer in the Intelligence Corp in WW2 rising to rank of Captain.

I later returned to the wool / textile industry to pursue the role as Export Manager for Harold Holdsworth Wool Spinners.  In 1950, I moved to Scotland where I worked as Managing Director of British Textile Manufacturing making knitwear then later to Mitchell Goldie Co Ltd in Darvel making curtain fabric. I retired in 1979, aged 65.

I was able to use my German language throughout my army and civilian careers. After World War 2, I travelled for business in many German speaking areas both to sell manufactured goods but also to attend annual trade fairs (Heimtextil Frankfurt) and purchase machinery (Mayer & Cie) and continued to use my German language skills throughout my retirement even continuing my German studies after retirement passing a German Higher exam just for fun!

Throughout my life, I regularly visited the friends I had made in Germany during my 1934 study period and regularly holidayed in many German-speaking regions.

I continued to use my German by regularly speaking with German UK visitors in Scotland.  My German language never left me and German visitors often commented on how grammatically correct my spoken German was.

The John Speak Language Trust Scholarship gave me opportunities that would not otherwise have been available to me.  Studying and living in Germany gave me great self-confidence and opened the way to a very successful business career. 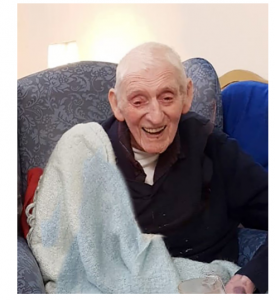 I kept a diary throughout the whole of my trip and given that I was in Germany only a year after Hitler became Reichschancellor and during the period of the Rohm purge (otherwise known as the Night of the Long Knives) today the diary makes fascinating reading.

“Very soon after my arrival In Germany I was shown a photograph of Hitler by one of my family hosts but I avoided commenting by pretending not to understand what they were saying.  There were several occasions when shop windows displayed pictures of Hitler in ‘various poses’ and I wondered at the homage he had paid. Later in my trip however, I did manage to get a picture of Hitler when he was visiting Leipzig!”

Jack’s diary also gives an insight into how the population was being managed throughout this period. In March Jack describes how loudspeakers were set up outside the Wollkämmerei and how, on the following day, all of the workers (about 2000 in total) were assembled outside to listen to speeches by Goebels and Hitler that were being broadcast from Munich.  In April Jack describes how there was a march arranged in support of the National Socialists and that he had been told by men at the works that if they didn’t march, they will lose their jobs. Jack also notes that everybody was very careful when discussing this as they were often unsure who they could trust.

On the darker side, in June Jack described attending a wrestling match at the end of which came what he described ‘the Hitler salute’. One student had failed to salute and was immediately called out by another and asked if he was a Jew. Jack comments in the diary entry that this incident shows how dangerous it was not to salute. In a similar vein, Jack notes in the diary how he had been warned not to greet his dentist with the customary ‘Heil Hitler’ as the man was a ‘Jew’.

Fortunately, not all of Jack’s diary is so dark.  He writes about having a very enjoyable time in Leipzig with many friends enjoying both his student days and work at the Wollkämmerei. Jack records in his diary several trips that he made during his stay to places such as Dresden, Berlin, Bechtesgarden and further afield to Prague, Vienna and Budapest.

Sadly, Jack passed away late March 2020, before this Case Study was published.  The Trust would like to give special thanks to Jack’s daughter, Fiona Oldfield, for providing extracts from her father’s diary, photographs and permitting the publication of this Case Study on the John Speak Trust website.