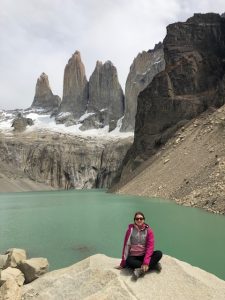 As part of my Year Abroad during my degree in Spanish and French, I spent the last six months in Santiago, Chile, working for the British Council as a communications and marketing intern.

The scholarship from the John Speak Trust allowed me to take on this unpaid internship, which wouldn’t have been feasible otherwise, and to enjoy my Chilean experience to the full. 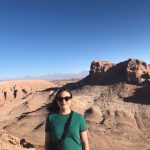 My job was an incredible learning curve; it was an entirely Spanish speaking environment, and the wonderful team of Chilean colleagues gave me a great induction into Chilean life and the many idioms that make Chilean Spanish notoriously so challenging. My Spanish, though already proficient when I arrived in Chile, really had to adapt to the accent and the vocabulary in Chile, and in a workplace context I learned how to make professional phone calls and write formal emails in Spanish, using business vocabulary I hadn’t previously encountered. It was wonderful to work with the British Council, who run a variety of incredible programmes across Chile such as the ‘Crafting Futures’ project 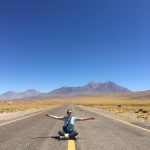 which teaches artisan communities in remote towns how to preserve their craft and adapt their skills to the 21st century.

I learnt a great deal about Chilean culture and the socio-political landscape. 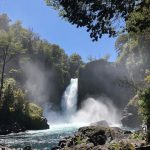 Speaking of politics, my time in Chile took an unexpected turn in October when mass protests broke out, triggered by an increase of the metro fare but really addressing much deeper issues such as the economic model and drastic inequality in Chile.  For months (and still to this day, although less intensely) Chileans took to the streets to protest for change and were faced with brutal police repression in the form of tear gas, water cannons and physical violence. During the first week I wasn’t able to leave my flat after 6pm due to a government-imposed curfew, nor would I have wanted to due to the menacing presence of the army on the streets. Coming from a country like B 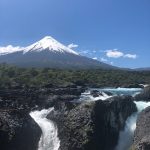 ritain where there is no culture of protesting, it was quite incredible to see such sustained and determined protests that drew out for weeks, and to see people coming together in phenomenal numbers. Undeniably, there were scary moments when the shops below my flat were being looted and there were fires and gas right outside my window, but overall I feel privileged to have witnessed such an historic moment for Chile, and it also brought me closer to a lot of my Chilean friends and gave me a deeper understanding of the country.

Chile is so often described as the ‘safest’ or ‘most stable’ country in South America, so it was eye opening for me to see the inequality and frustration that lies under this exterior. 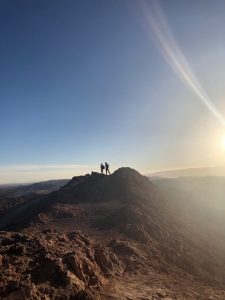 During my time in Chile, I was also able to travel outside of Santiago and see some of the incredible variety the country has to offer. I was blown away by the landscapes and sheer distances, and think it is an incredibly underrated destination! From the desert in the North, to the glaciers in the South, with lakes and volcanoes in between, I completely fell in love with Chile and look forward to going back one day. I joined a boxing gym in Santiago, through which I met some amazing friends and really gained a sense of community in such an enormous city. By the end of my the 6 months I had really built a life there and was so happy in my job, apartment and friends, and it was incredibly tough to say goodbye. 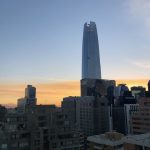 However, this experience has definitely given me the confidence to move to a new country again. Beforehand, I had been very wary of moving to another city, but I have realised that I am very adaptable and capable of settling in new environments, so I am definitely contemplating moving back to Santiago or elsewhere in South America once I graduate. I cannot thank the John Speak Trust enough for enabling me to have such an eye opening experience.