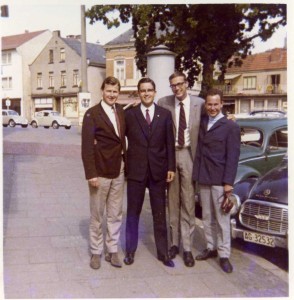 At age 21 I travelled by train to Belgium to begin a six month John Speak Language Trust Scholarship.  I studied French, stayed with a local family and worked for no pay whilst studying.  In return for submitting a report each month (written in French) to the Bradford Chamber of Commerce, I received the princely sum of £36 per month toward my board, food and amenities.  The monthly reports assisted me in perfecting my written language, an essential tool to communicate with potential customers and contacts.

In 1965 (age 23), I was lucky enough to receive a second John Speak Trust Scholarship which allowed me to travel to Germany and enhance my language studies further.  As previously, I provided a monthly report (written in German) to the Bradford Chamber of Commerce in return for a monthly payment of £40. Again, I studied and worked (for no pay) in Germany for six months and again resided with a local family.

I personally feel that six months is not too short or too long to gain a very good social and commercial knowledge of a foreign language.  Living and working with those employed in the business was absolutely essential in getting to grasps with the language in this short period of time.

The first three months of both scholarships proved mentally exhausting as it meant translating to and from English all forms of verbal communication, but by the half way stage it became a realisation to have acquired the basic skills to listen, understand and speak in their tongue without visiting English.  This was a tremendous morale booster and my confidence grew very quickly and my language skills improved rapidly.

As well as learning a new language there were also the commercial pluses of improving skills in all aspects of production and knowledge of how others live and work.  A great part of exporting is to understand the methods and how business is conducted in other parts of the world.  It is essential to understand this philosophy in each of the markets (or segments of each market) to conduct business efficiently.

My career as an Export Executive, Manager and Director allowed me to travel extensively to many major European countries.  Exports to Europe were always a priority business.

I continued to use my language skills until I retired ten years ago in 2004.  I will always maintain that if a language or languages can be locked onto a skill then the value of that in terms of career improvements and remuneration can definitely be seen.

I would recommend most highly the John Speak Language Trust Scholarship programme and hope that many more language students will benefit in the years to come. 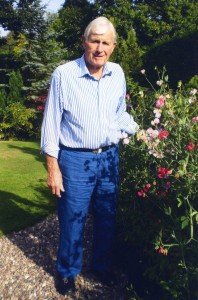