The year was 1986; I was 21 years old and had just finished a Business Studies Course at Bradford College.

I had taken a linguistics option with advanced French and beginners Spanish so when I learned about the John Speak Language Scholarships I was eager to go to Spain to bring both languages to a similar level.  At the time, I think the scholarship was mainly given to people working in companies with European ties. I was told I could have the scholarship if I could find a company who would employ me on for the six months.

My father was a printer and one of the printing ink suppliers told him they had connections to a Spanish ink company.  I wrote to the Spanish company and they agreed for me to work there for a six month period. 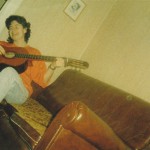 The Spanish company was based in Bilbao, northern Spain.  I travelled by train, through France and onto Bilbao.  I stayed in a hostel for the duration of my six month scholarship.

It was quite difficult at first as this was my first full time job and I was doing it in a foreign language.  It was also the first time I had left home, so I was growing up in a sense too. My Spanish was very basic and I thought I would never become fluent.  I was lucky to have landed in Bilbao as historically it had many connections with England due to the iron ore mines and people tended to like the British. They are fiercely proud of their football team which was set up by the English so right from the start everyone was extremely helpful, welcoming and eager for me to learn.

Bilbao was in a period of industrial unrest when I went over, the ship builders were due to close and there were lots of street protests and barricaded roads. It was also politically tense and there were fights between police and masked demonstrators most weekends. The Basque government were negotiating the devolution of more powers which later resulted in the astounding transformation of Bilbao from a dirty industrial city into a vibrant modern city.

Just as my scholarship was ending, the Spanish company I was working for was bought by a US multinational and my English became vital to the company, so they asked me to stay on a further 6 months. This turned into a permanent contract and in the end my six months became twenty three years! I worked in the same company until 2009 when recession hit and I was made redundant.

I am obviously bi-lingual and still use Spanish when Skyping my friends in Spain and I often read Spanish newspapers too!  Unfortunately I have not used my Spanish professionally since I moved back to Bradford.

The John Speak Trust was a complete life changer for me, and I am eternally grateful for the opportunity to live and work in another country.  I am astounded that the United Kingdom gives such low importance to foreign languages.  People should leap at the chance to take up this opportunity, not only to learn the language but for understanding other cultures too! 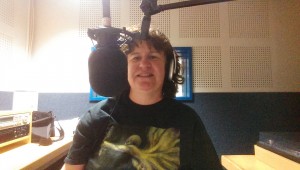 Bilbao is situated in the north-central part of Spain, some 14 kilometres (8.7 mi) south of the Bay of Biscay, where the estuary of Bilbao is formed. Its main urban core is surrounded by two small mountain ranges with an average elevation of 400 metres (1,300 ft). 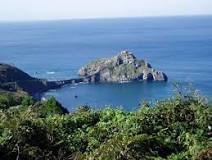