The third year of my university degree took the form of a year abroad spent studying Mandarin in Beijing, China. Along with eight other classmates from Cambridge, I moved to Beijing’s student district of Wudaokou in September 2016, ready to embark on a ten month journey of cultural immersion and language learning. 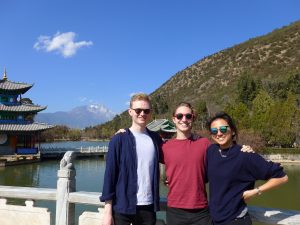 The core of our year abroad program was the language classes set out for us at Peking University, China’s largest and most prestigious higher education centre. We had sixteen hours of class per week, covering ancient and modern Chinese literature and newspaper reading, oral and translation skills. The teaching was incredibly thorough and provided us with a strong grounding in the language which we could happily put into practice in between classes.

Whilst the university course in itself was an extremely valuable experience and helped me to thoroughly and conscientiously develop all four of the key language skills, my favorite part of the year abroad was actually the time between classes as it afforded me the freedom to travel around China and get a feel for the country’s great linguistic, geographical and social diversity. 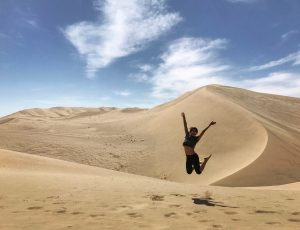 Over the course of the year, I managed to visit a vast number of cities across seven different provinces; ranging from the icy North Korean border town of Dandong to the subtropical Xishuangbanna, right on the southern border of Myanmar. I saw an incredible range of landscapes: the sand dunes of the Gobi desert, the dramatic Karst topography of Guilin, the rainforests of Xishuangbanna and the frozen expanses of the Yalu River to name but a few. 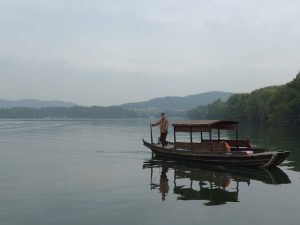 Traveling was also a very useful way of improving my aural skills; it really exposed the regional differences in Mandarin and forced me to be more accurate and perceptive in identifying patterns of speech. I found this to be challenging but do-able in most areas – though the Shanghainese dialect had me at a total loss! 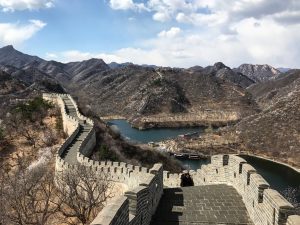 All of my travel opportunities were made possible by the generosity of the John Speak grant. Funding for language study in the Far East is limited, and had I not been fortunate enough to be awarded this grant, I certainly would not have had the means to explore China so widely. The funding also enabled me to take on an unpaid internship at international publication Time Out, which developed my skills in both Chinese and English journalism, and has become a strong asset to my CV.

I would like to thank the John Speak Trust for all their support throughout the year.M y experience of China was all the richer for it, and I thoroughly recommend the trust to any language students embarking on a period of study abroad.