In April this year, I was fortunate to receive a John Speak Scholarship.

I initially arrived in the capital, Bogota, to begin my four month Scholarship in Colombia. Having been heavily influenced by the media and western perceptions of Colombia, and particularly that of my parents’ generation, I landed in the airport slightly terrified.  The fear I had after I landed in Bogota was insane, Colombia has a bad reputation, but I had no problems at all! Bogota is a city of 8.8 million people, but unlike London, it has suffered incredible urban sprawl, and is stretched out for miles on a plateau in the Andes Mountains. From Bogota I moved quickly onto Santa Marta, my home for the next four months.  Santa Marta is a city on the Caribbean coast and capital of the department of Magdalena, it also happens to be the oldest colonial city in South America.

The country is like any big European city, if you take care and “no dar papaya” (Colombian slang: not to put yourself into a dangerous situation) by not getting expensive phones out in the street at night, or walking alone after a night out etc. then you are sure to pass your time there with no problems at all. 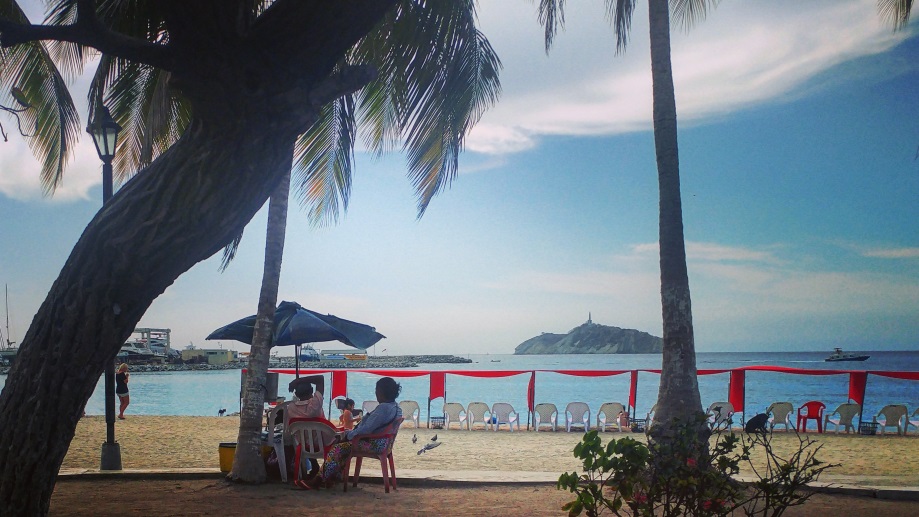 The additional funds from the Scholarship gave me the opportunity to study more, travel and to do voluntary work with a grassroots foundation called Colombia sin Fronteras, based in Valle de Gaira on the outskirts of the city in a largely poor area.

This hugely supported my Spanish learning and motivated me to find a local to live with and improve my Spanish by writing the blogs every month; a real asset in improving my language skills for a future career in translation. 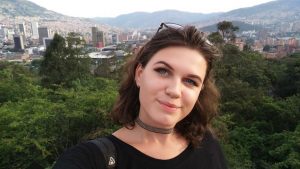 Many of the people Valle de Gaira have been displaced from neighbouring cities by the last civil war, but there was a great sense of community which is largely to do with the foundation.  I worked primarily with the children of the area, as a supplement to the schooling system which is further away.  There were around 50/60 children who attended the foundation divided into age and ability groups.  The volunteers tended to run classes based on primary subjects in Spanish such as, maths, reading and writing, with English classes in the evening for the older children and they relied heavily on sport to keep the children occupied.

At first the language barrier was difficult, at the time I hadn’t been learning Spanish for very long and the variations in accents that I came across were staggering. Studying abroad certainly gave me a wider scope of Spanish variations to look at – the differences between language used on the Iberian Peninsula compared to Latin America, and the within Latin America is crazy. 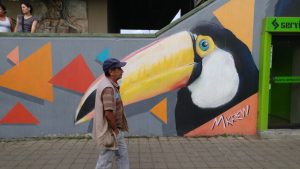 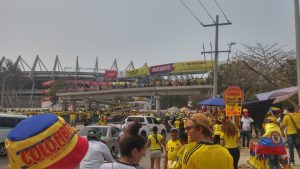 Receiving the Scholarship allowed me to travel and get to know the Colombian culture. One trip I made at the beginning of May was to Medellin, Colombia’s second and fastest growing city. Having already seen Bogota, I knew what to expect from a large South American metropolis, with barrio’s sprawling out towards the mountains and high rises springing up awkwardly in the centre. Medellin sits much like Bogota between the mountains and has a temperate climate which is often referred to as the ‘eternal spring’, warmer towards the south and cooler further up the mountains. What struck me about Medellin was the sense of modernity, a place which has benefited recently from a lot of investment and a huge increase in tourism, with parks, museums and commercial centres in development across the entire city.

Back in the United Kingdom, I continue to make friends and learn about the Spanish culture that I encountered in Colombia, also practicing with the few Spanish friends I already have. Plus it makes a great excuse to try jet off to Barcelona for the weekend (for practice of course!). 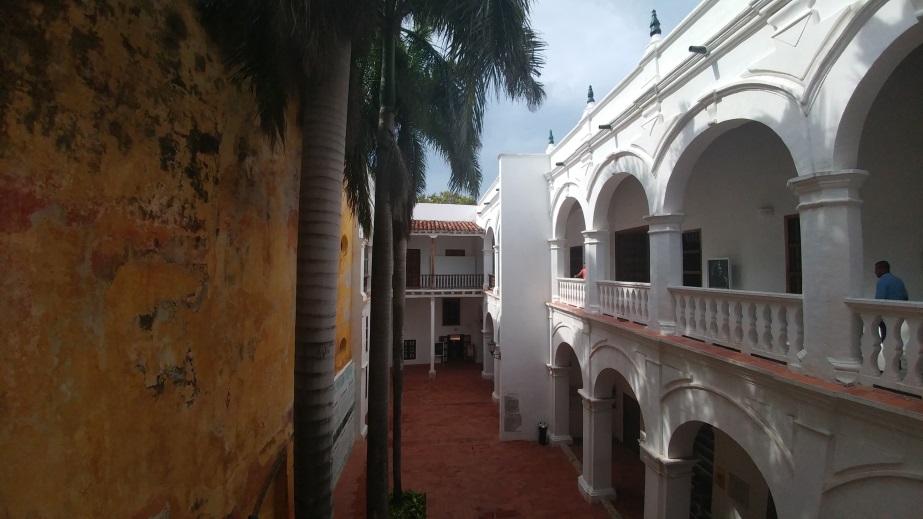 I love Spanish and continue to speak the language using it wherever possible – trying to find Spanish enclaves within the UK.  Luckily Manchester makes that pretty easy, it’s popular with Spanish speakers.

I would hugely recommend the John Speak Trust; it has been an incredible support whilst being in South America.  I never thought I would be able to afford to live in such a beautiful faraway place, even for only a short amount of time.

The Scholarship meant that I didn’t have to struggle to find paid work whilst abroad and the voluntary experience was second to none, I am so grateful, thank you!