The award of a John Speak scholarship to Germany completely changed my life. In 1974, aged nearly 18, with school just behind me and university beckoning in 6-months’ time, I boarded a train in Leeds with considerable trepidation and set off for a small town in South Germany, weighed down by an enormous rucksack and clutching a hockey stick.  Why I took a hockey stick I have no idea-I never played once!

The first two months were spent attending a Goethe language Institute, where in our class of 19 students, 17 countries were represented. Quite an eye-opener. It taught me how relative everything is. Also that, whilst other people from far away places might think differently and speak German very differently, we were all pretty similar, deep down.

The remaining four months were spent in a beautiful university town called Tübingen, somewhat like Oxford, where I attended the Leibnitz college with about 40 German first year students. We took part in study groups, put on a modern German play, listened to other students play string quartets (I had never heard any classical music until this time) and generally spent a lot of time talking and widening my experience of people and life. The showers were mixed in those days, which was another eye-opener!  Though not easy in the first month to mix with the local students, suddenly my conversational German clicked and life took off very fast…indeed, I met my future wife at this college.  At the end of the four month period my German was fluent, remaining so ever since.

I never planned to study German at university, for it seemed to me at the time, and still does, that languages are not an end in themselves, but rather an essential tool, in an ever-more expanding world, to express ideas to a wider audience. So I studied law in England and, due to the skills picked up though my scholarship, was able some 20 years later to embark on a 12 month fast-track study course that led to my becoming dual-qualified as a German solicitor. Shortly after that I was invited to become Honorary Consul to the Federal Republic. 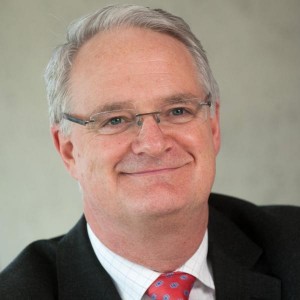 I use my German every day, my wife is German, my three grown up children are bi-lingual…so thank you Mr John Speak for enriching my life in so many different ways through your far-sighted generosity.