In 1953 at age 22, I was fortunate to receive a Scholarship from the John Speak Trust to assist with my French studies.  The Scholarship provided a small amount of funding towards my travel, lodgings and food during six months abroad.   I received a mere £30 per month.  I worked in the wool trade (salary £233 per annum, Tax £6 and 4 shillings) and my employers felt time abroad would be beneficial to my career. 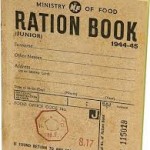 My journey to France began by train from Bradford to London, Calais then to Lille, a city in northern France.  A somewhat dilapidated boarding house in Roubaix would provide my accommodation for the next six months.  In addition to studying French (as a condition of my Scholarship) I worked voluntarily, during which I learned every stage of converting wool into cloth, i.e. sorting, spinning, weaving and finishing.  I recall having to obtain a Visa, provide a ration book and report regularly to the local Police.

The time I spent in France has proved invaluable throughout my career within the wool export industry.  My first business trip abroad was to Scandinavia travelling by train and boat, spending two weeks each in Norway, Sweden, 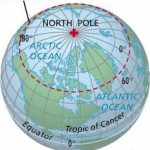 Finland and Denmark – quite an exhausting two months even visiting a mill inside the Arctic Circle.

Thanks to my time abroad, I have always been ready to accept and adapt quickly to changes in language and culture in order to facilitate business activity abroad.

I continue to use French in my daily life as well as speaking German and some Italian.  I have always felt it only polite to attempt other languages when visiting foreign countries.

Being able to speak French fluently allowed me to converse on many subjects in depth and learn more about other cultures, e.g. North African countries such as Tunisia, Algeria and Morocco where French is widely used.  I have remained in touch with many of the friends and colleagues I have met during my travels and nowadays visit regularly for holidays.

Learning a foreign language, working and living amongst native speakers has proved invaluable.  I did however find that learning a foreign language within a ‘factory floor’ environment did have its drawbacks too!  Unfortunately in the early days I could not always distinguish those phrases which are not acceptable in polite society. This came to light during a weekend break in Calais with a pen friend, his mother and close friends.  During the conversation,

apparently I had described my accommodation in a very unsuitable manner.  Following my detailed and somewhat rude description my penfriend’s female guests felt obliged to make an untimely embarrassed departure!

For the 1957 Queen Elizabeth II State Visit to France I was asked to provide a short article about my Scholarship and time in France.  This was published in the official booklet for the Queen’s official visit Le Nord Textile 11 April 1957.  I was very privileged to have my story published and have kept a copy of the booklet all these years.  One of many proud and cherished memories.

I remained in contact with the John Speak Trust, later serving as a Trust Committee member for 33 years of which 17 as Chairman.  After receiving financial assistance from the Trust all those years ago, it was an honour to be in a position to offer the same help to other language students who were starting out in their careers.

I would recommend, without any hesitation, the John Speak Trust to UK language students.  Learning a foreign language whilst abroad, amongst native speakers, living and working within another culture has proved invaluable, an experience I shall never forget and an opportunity for which I will always be grateful. 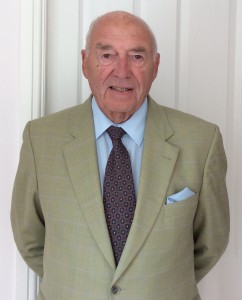