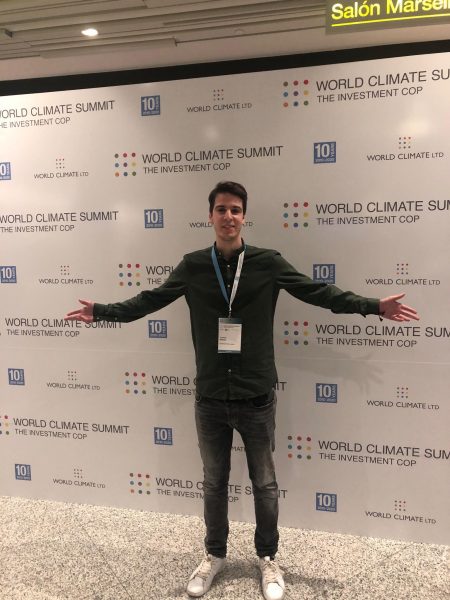 Now back in London, I am able to fully reflect upon my time abroad in Sevilla. Over the 9 months, I grew a great deal both as a person as well as academically. I found myself in so many new situations and even lived through the global pandemic from a Spanish perspective. But above all, what really characterized the experience were the almost constant moments of enjoyment and laughter shared with people from all over the world. I am very grateful for the opportunity and financial support that I received from both the Erasmus+ fund and the John Speak Trust.

Mornings were more often than not spent at my host University, La Universidad Pablo de Olavide, based in the south east of the city. I studied an incredibly wide range of modules, from ancient Mediterranean history to Geopolitics of the current world order. Lectures were sometimes hard to follow, course work was demanding and the overall structure of the university made for an entirely new and challenging academic experience. However in the end, I managed to achieve a batch of positive grades and more importantly a high standard of Spanish, which will serve me well in more formal settings. 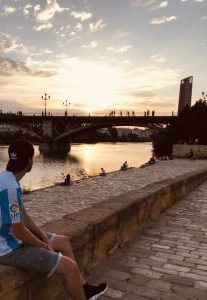 Once free of lectures and seminars, I would spend my afternoons and evenings enjoying Sevilla. The relaxed and easy-going atmosphere among the locals, created a perfect environment for the community of Erasmus students. This community, bound together by Erasmus Spain Network, was the main source of cultural activities and parties. September was a particularly busy month in this regard, as everyone is keen to make as many friends as possible from all over the world. Open air parties and sangría nights made for a great first couple of months.

Weekends and bank holidays gave me the opportunity to travel, not just to cities in Andalucia but also to some of the most interesting spots in the country. Two trips in particular really stuck with me. The first is my visit to Granada in November where I got to watch table-toppers at the time, C.F Granada, play Real Sociedad. More generally, I found the city incredibly beautiful and probably somewhere I could imagine myself growing old. 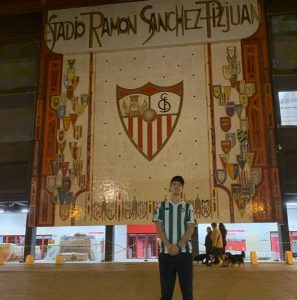 The second was a slightly more hectic trip to Madrid on the December bank holiday, el Día de la Constitución. My phone failed on me immediately after stepping foot in the Atocha train station and I had to rely on the directions of los Madrileños to get me to my friend’s apartment which I where I would be staying. It turned out that the climate change protests, which in the end a total of 500,000 people attended, was a 20 minutes walk away and so we immediately left to check it out. After about 30 minutes of waiting, Greta Thunberg marched right past me and for a few seconds she went unnoticed. However, the Journalists soon caught sight of her and the whole event was whipped up into a frenzy. I managed to loose my friends and once again I had to rely on the locals to find me way back through the windy backstreets of Madrid.

Many trips later, it all came to an end in mid-March when the Pandemic caused a nation-wide lockdown in Spain. Rather than going home I decided to spend what turned out to be a total of 2 months in quarantine with my 2 flat mates. Unlike in the UK, we were not even allowed out for walks or exercise and so food shopping was the only refuge from the flat. It was a surreal period of time and one which I will never forget. 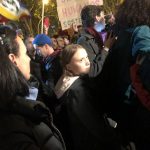 However the sacrifice was worth it in more than one way. Given the severity of the lockdown, come May the virus had been nearly completely suppressed. I was therefore able to enjoy another two months in Sevilla, a city that I fell in love with all over again.