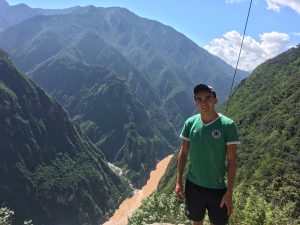 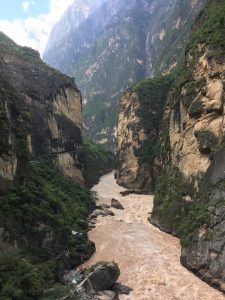 The view from Tiger Leaping Stone

The Tiger Leaping Gorge in Yunnan is one of the deepest gorges in the world, and perhaps the most famous in China. It is situated between the towns of Lijiang and Shangri-La, about six or seven hours from Kunming. Not long ago, when I was travelling in Yunnan, a friend and I went to see it.

At about 7 o’clock in the evening, we arrived at the village near the gorge. We found a hotel then ate straight away. After dinner we went to sleep as we had to get up early. 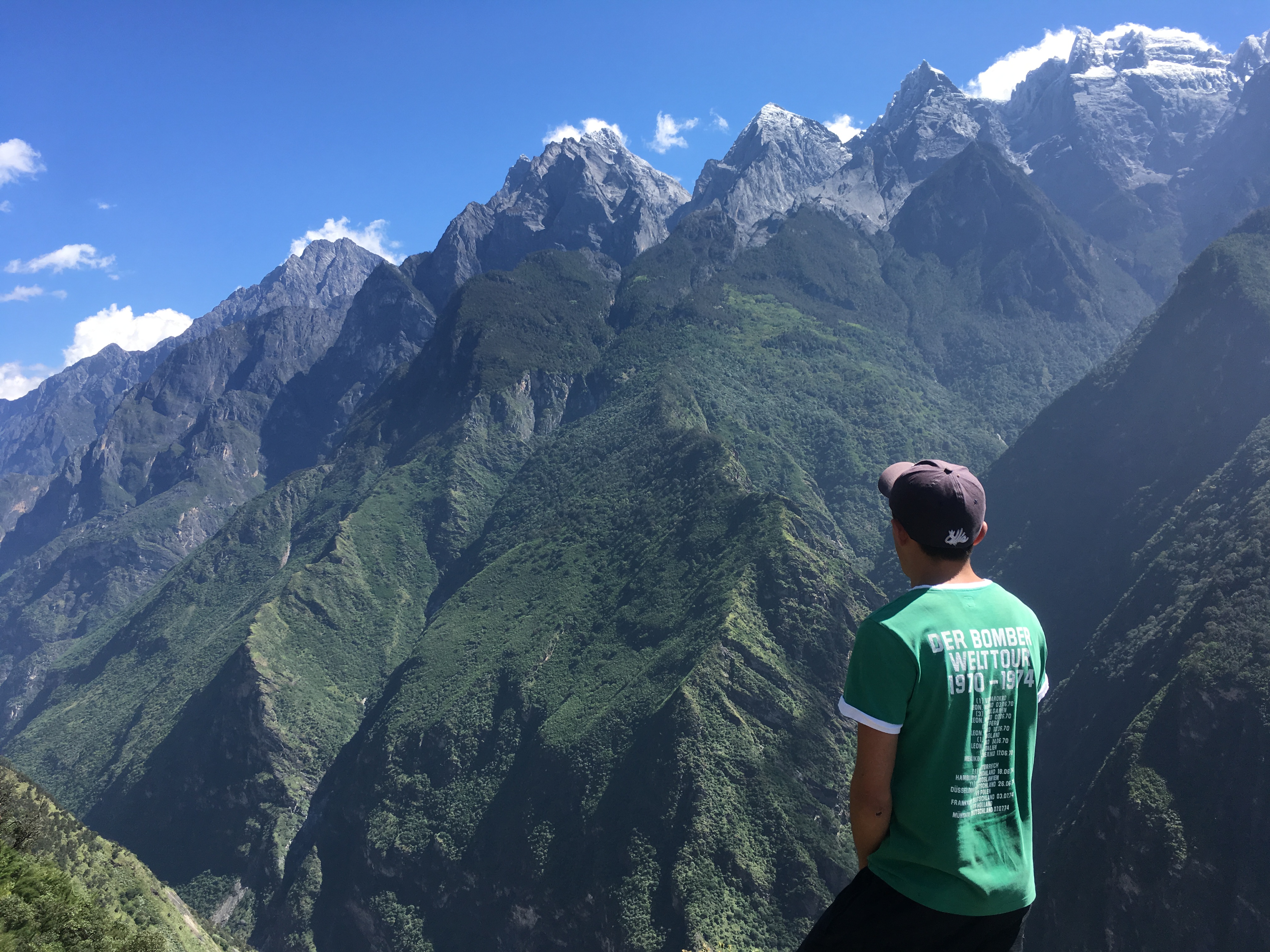 The next day, we got up at 6 o’clock in the morning and started the hike along the gorge. The weather was good and the sun was bright, although it was a little cold. We walked alongside the river, with the Jade Dragon Snow Mountain on the right hand side, at 5600 metres tall, and the Haba Snow Mountain on the left hand side, at 5400 metres tall, with the river in between. The scenery in the gorge was splendid; the sky was blue, the clouds were white, the grass was green and the leaves were yellow! The two mountains were huge, their peaks covered in snow which was very pretty. We took so many photos! Inside the gorge there were a few villages and lots of small guesthouses. We had lunch in a small restaurant, and chatted to the boss as we ate. We tried local delicacies such as Yak meat and Tibetan dumplings, both of which were extremely delicious, before we continued walking. 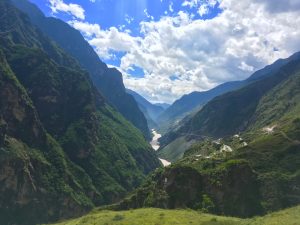 The view out of Tiger Leaping Gorge

When we arrived at the final guesthouse, we were very tired. We had walked 31 kilometres in total, but it had been a splendid day!