“I would most definitely recommend the John Speak Trust to others. My time spent abroad using a foreign language allowed me to learn a new language and culture in a different environment both physically and spiritually”

In 1959 I was fortunate to receive a six month scholarship from the John Speak Language Trust.  I was eighteen years old when I was released by my English employer (Bradford based) for six months to study and work in Germany. My journey to Germany began by rail and then by ferry. I resided in South Germany and rented a room in a residential property from a German family. I travelled extensively on a daily basis with Sales Representatives from my English employers undertaking light office duties. During my six month scholarship I recall having to write monthly reports in German for the Managing Director of the firm in Bradford for which I worked. I initially worked as a trainee, later taking on the role of a salesman abroad for the two Bradford based textile exporting companies where I stayed for six years.

My passion for the German language eventually led to a radical change in my career. I became a teacher of foreign languages (mainly German) at three English independent Grammar schools. My language teaching career spanned over thirty years.

Now retired (age 73), I continue to correspond with my many German acquaintances. I regularly write letters, read fiction and non-fiction and listen to music in German. I continue to use my German regularly as the language has been a part of my being since I was first taught it at the age of 13. Learning foreign languages as a youngster has certainly been beneficial to my career in sales and essential in my teaching. 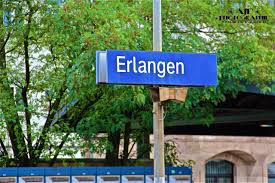 The John Speak Trust scholarship was, in retrospect, the third rung on the ladder which made me into a life-long teacher and disciple of German. As a thirteen year old pupil attending Grammar School in the North of England I was taught German by an inspirational teacher from Vienna. At sixteen I spent several weeks on an exchange holiday in South Germany and then came the scholarship when I became fluent in the German language. I subsequently studied German language and literature for one year at the University of Erlangen followed by six months at the University of Vienna and a further three years at an English University.

Initially, as an eighteen year old living abroad I was emotionally immature. I had to become stronger spiritually and more independent in my new foreign environment. After spending three months in a rural setting in South Germany, I moved to the large industrial city of Essen. It was here that I met many urban people, many from other countries. Even today, as an adult volunteer dealing with teenagers from abroad, I draw upon those early experiences I had as a John Speak Award recipient, when encouraging young, homesick volunteers to persevere, overcome isolation and succeed in an enterprise abroad. 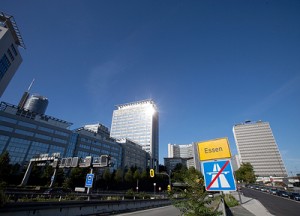 I would most definitely recommend the John Speak Trust to others. My time spent abroad using a foreign language allowed me to learn a new language and culture in a different environment both physically and spiritually. The broadening of my mind (thanks to the Trust and my experiences) has enabled me to travel to other countries and discover further cultures especially during my retirement years, when I became an adult volunteer for a company dealing with youth global work and travelled to Argentina and Mexico using my second foreign language, Spanish.

Essen is a city in the central part of the Ruhr area in North Rhine-Westphalia, Germany. Located on the River Ruhr, its population of approximately 567,000 (as of 31 December 2012) makes it the 9th-largest city in Germany. For the year 2010, Essen was the European Capital of Culture on behalf of the whole Ruhr area.