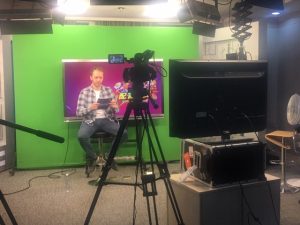 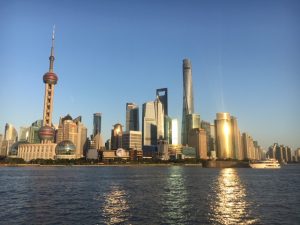 At the start of November my girlfriend and I went to Shanghai for a short break. We took the high-speed train, China’s fastest type of train. It only took 5 hours to travel from Beijing to Shanghai. Compared to Beijing, Shanghai’s weather was very warm, which made a nice change. In Shanghai we visited several famous sights including Shanghai’s Old Town, Yu Garden, and the Bund. We also went to a collection of streets called Tianzifang, which I especially liked. Tianzifang’s streets are lined with Shikumen style buildings, which is a traditional style of Shanghai architecture which features courtyard houses with large stone gates. Nowadays Tianzifang’s old houses have been converted into small shops selling all kinds of arts and crafts, clothes shops, small restaurants and bars. In this area there was also a large selection of xiaolongbao available including a very tasty crab soup dumpling. We stayed in Tianzifang all afternoon and evening, ending up in the bars drinking beer and gin and tonics.

On returning to Beijing I continued putting all my energy into studying Chinese. At the end of the month I took part in a movie dubbing competition. For this competition I had to choose a scene to dub from a Chinese film. I chose the film Hero, which is in part about the first emperor of the Qin dynasty, Qin Shi Huang. Through participating in the competition I learned many old Chinese words, as well as learning some Chinese history. The competition was a lot of fun, and I think it helped my Chinese not only through learning new words but also through studying closely the rhythm that the actors spoke with.