Posted on January 10, 2020 by Jonathan Ferguson 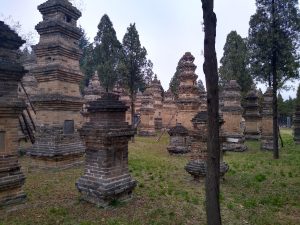 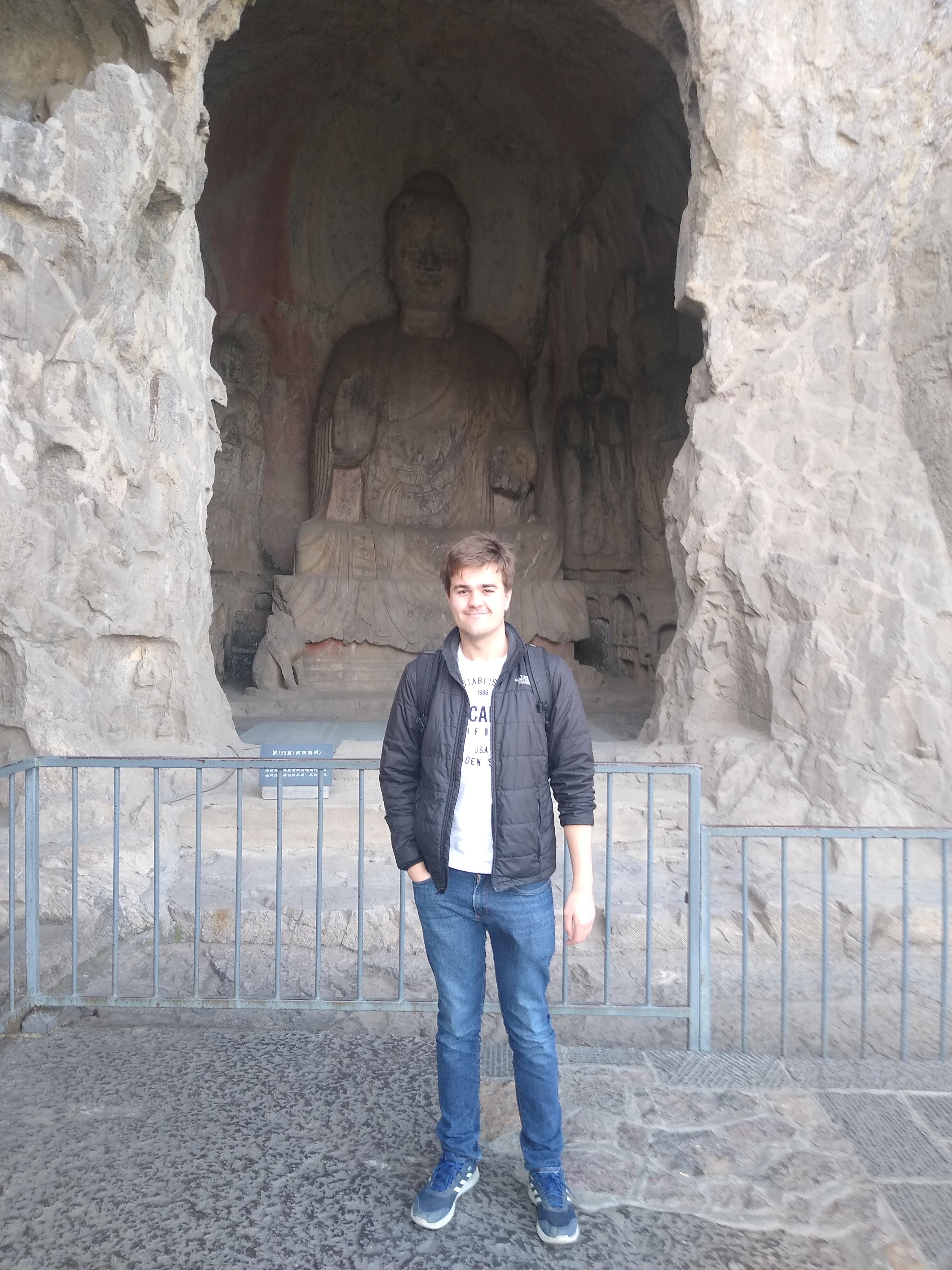 Last weekend, I travelled to Luoyang, Shaolin Temple and Kaifeng on a shoestring. After a busy week in Beijing, I was very excited to escape the Capital and explore some places I had never been to before. After finishing class, we went to the station to board the so-called fast train (actually China’s slowest train) to Henan. 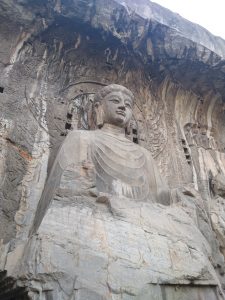 Train attendants sell all sorts of products on Chinese trains. From Inner Mongolian milk pills (I personally still think milk is better as a liquid), to train souvenirs, they sell it all. That day’s specialty was preserved Xinjiang fruit. One passenger bought some and gave us some to try. They were pretty good. We chatted with the other passengers for a bit, and then decided to get some sleep because we had an early start in the morning.

Our first destination was Shaolin Temple. Shaolin Temple has a long history and is known far and wide. Shaolin Temple is the ancestral temple for Chinese Chan Buddhism and is the birthplace of Kung Fu. I’ve been interested in Kung Fu since I was little, so being able to go to Shaolin Temple really was a dream come true! Perhaps the most famous part of Shaolin temple is the Forest of Pagodas. There are stone brick burial pagodas from the Tang, Song, Jin, Yuan, Ming and Qing dynasties as well as from the modern era. The most unforgettable experience was seeing the Shaolin Monk Kung Fu show. They invited some members of the audience up onto the stage to copy the monks’ movements. They obviously were not able to copy the monks’ movements successfully, but everybody supported them and cheered them on! On the next day, we went to Kaifeng to do some sightseeing. I had heard that Kaifeng had lots of delicious food. My favourite was their Xiaolongbao (a sort of dumpling with a soup-like liquid in them). Just thinking about them makes my mouth water!

I really love budget travelling. When I’m in Europe, I like to go travelling with my friends. One time we bought return flights to Sweden for just £2. We could not believe it! But apart from being cheaper, budget travelling also has other advantages. The most important of these is that it gives us more opportunities to come into contact with local people. As a language student, these chance encounters are really valuable opportunities, as each encounter provides opportunities to improve my language level and practise speaking Chinese. This is really important as it is only through continuous practise that we can master a language. After all, practise really does make perfect!