Posted on February 6, 2020 by Jonathan Ferguson 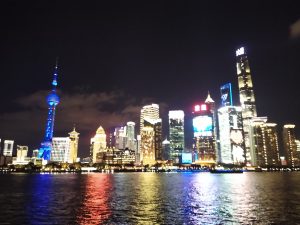 From the modern skyscrapers of Shanghai to the the beautiful scenery of Huangshan, from Hangzhou’s lake which is as beautiful as a painting to Nanjing’s bustling city center, China is a country full of contrasts. Last month I went to 4 completely different places. This trip made me consider some of China’s contrasts.

Shanghai is a melting pot of lots of different cultures. When I arrived in Shanghai, my first impression was that this metropolis was very different to other Chinese cities I had been to. Apart from the western style architecture, the ‘modern city’ (Shanghai) also has lots of foreigners. Nowadays, lots of foreigners live in the ‘imperial city’ (Beijing), especially in Wudaokou which is near lots of famous universities and in Sanlitun, an expat hub. However, from what I saw, the number of foreigners in Shanghai far exceeds that of Beijing. In addition, Shanghai also has all sorts of food. For example, I was a little surprised to see Lebanese and Turkish food. Out of all the foods I ate in Shanghai, my favorite were the Shengjian dumplings and the baguettes and croissant. Shanghai truly is an international city! 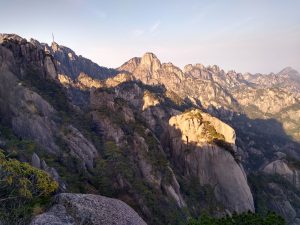 A land of contrasts

After leaving this modern, tier 1 mega city, I went to Huangshan. Because it was the low season, there were very few tourists. We climbed Huangshan whilst enjoying the bird song and fragrant flowers, the gentle wind and beautiful sun. In my opinion, Huangshan is paradise. Huangshan is definitely one of the most beautiful places I have been to, close behind Hangzhou’s West Lake. 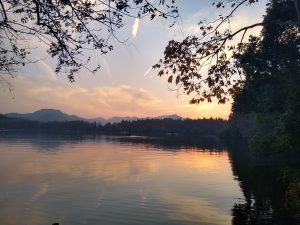 A land of contrasts

Chinese has an old saying that ‘above there is heaven, below there are Hangzhou and Suzhou. This saying highlights the natural beauty of these 2 cities. Hangzhou is famous around the world because of West Lake. We first cycled on the banks of the lake, then took a boat on the lake. In my literature classes we have studied lots of poems describing West Lake (for example Bai Juyi’s “Xihu liubie” and “Hangzhou huifang”. After seeing West Lake, I can understand why these poets admire West Lake so much. We also went to a village by Hangzhou with field terraces.

Nanjing is very different to Hangzhou. Nanjing seems like a very lively city with a fast pace of life whilst Hangzhou has a slower pace of life where people’s days go buy in a more relaxed way. The activity that left the deepest impression on me was going to visit Sun Yat Sen’s Mausoleum. Under his leadership, China started on the path from being a feudal society to becoming a more modern, fairer country. This pioneer’s enormous contribution to the Chinese people is undeniable. 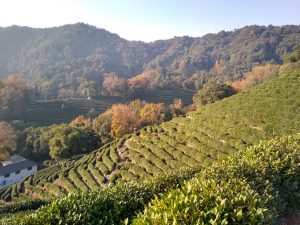 A land of contrats

My Western friends often ask me 2 questions about living in China: ‘how is your experience of living in China?’ and ‘what sort of country do you think China is?’. The first question is very easy to answer (I love living in China) but the second question is more complicated. China is the most populous country in the world. This means there are vast differences between different places. There are modern cities and beautiful scenery. Diverse metropolises and traditional villages. Apart from Chinese food like Hunanese food, Sichuanese food and Cantonese food, there is Western food and Middle Eastern food. There are peaceful lakes and moving memorials. Chinese people and foreigners.

Perhaps the reason why I cannot answer the question ‘what sort of country is China?’ is because China’s key trait is its contrasts.